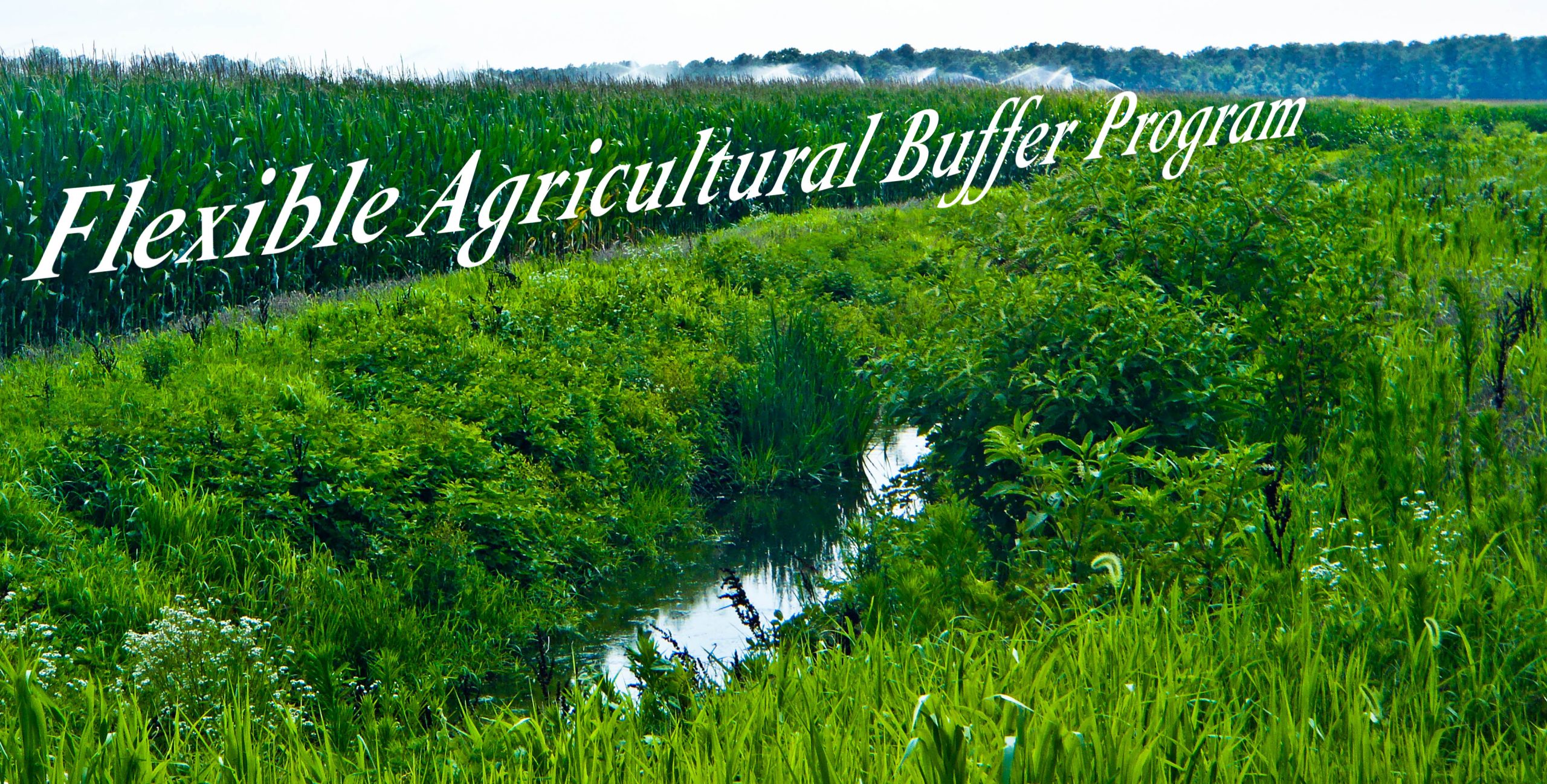 What is an “Agricultural Buffer” and How is it “Flexible”?

Agriculture is one of two predominant land uses in the Nanticoke Watershed, comprising 45 percent of total land use. Runoff from farms can contribute significant amounts of nutrients to the Chesapeake Bay.  With little forward movement on the Chesapeake Bay Agreement to reduce pollution and protect this ailing national treasure (2000), agriculture has been receiving a lot of attention and the EPA is seeking widespread implementation of “best management practices” to reduce agricultural runoff into the Bay system.   The Nanticoke Watershed Alliance  implemented a program to study the use of “flexible buffers” in 2010-2012.

Buffers are strips of vegetation along drainage ditches that help to capture nutrients before they “run-off” into the ditches after a rainfall. Without any buffer system, agricultural ditches are capable of transporting high amounts of excess nutrients into local creeks and rivers that lead into the Chesapeake Bay. Though in our watershed, many ditches are on lands with prime agricultural soils, making them unattractive choices for planting wide buffer strips that would consume large amounts of productive cropland and ultimately reduces the overall yield and potential income for farmers.

“Flexible” agricultural buffer just means that the width of the buffer strip can be adjusted but does not meet Conservation Reserve Enhancement Program (CREP) standards.  Our monitoring program will test the hypothesis that any size buffer system is better than none at all.

The Nanticoke Watershed Alliance, Dorchester Soil Conservation District, and Wicomico Soil Conservation District partnered with farmers in small watersheds of the Nanticoke River system to plant flexible-width buffer strips of native grasses along their drainage ditches. The purpose of this pilot was to gauge the feasibility of providing moderate economic incentives to farmers to plant and maintain a narrower-width buffer where current CREP provisions are difficult to implement.

Throughout the year, the Alliance also performed water quality assessment by collecting bi-weekly samples at six sites within one sub-watershed, focusing on the analysis of nitrogen and phosphorus levels that were present in the ditches and river system.  This pilot project used the same data management and assessment protocol as our EPA-approved Creekwatchers Program.